Yoga is a practice that is supportive for a dancers body and mind. The practice of balance, strength and flexibility, the repetitiveness, dedication and controlled moving lies very close to dance training. This is why it matches my interest.

I approach yoga in a very universal way. In my classes, I put the emphasis on alignment, movement flow and body awareness. My aim is to design a clear rhythm and slow paste flow that gives physical challenge in a calme and gentle way. My instructions and the options I give, are propositions to guide the group through a sequence. I encourage and trust the practitioner to take his/her own responsibility to navigate through intelligent choices. So the focus is completely on the body, the movement and the transitions which all connect to the rhythm of the breath. 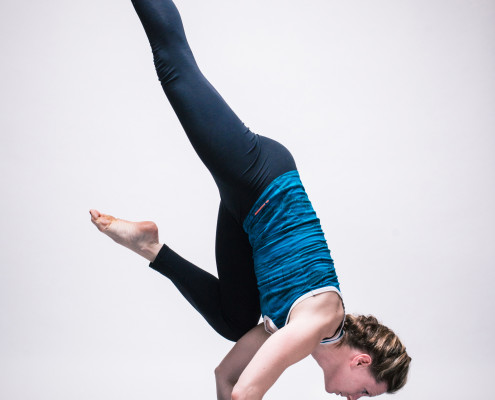 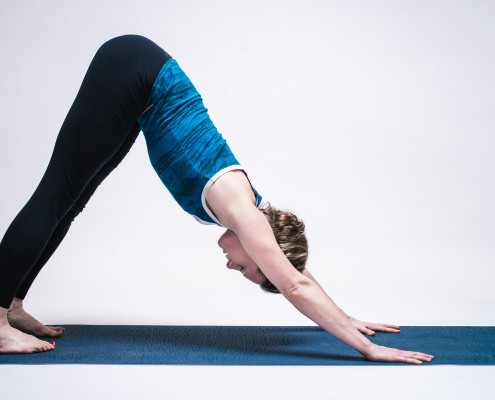 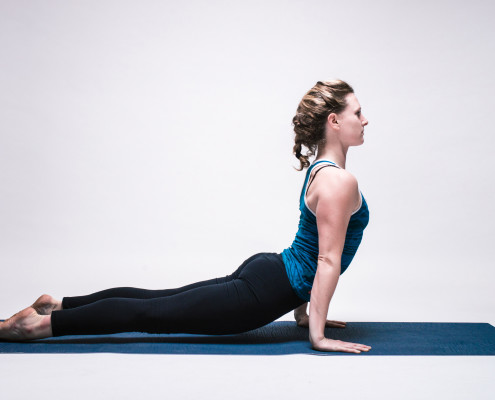 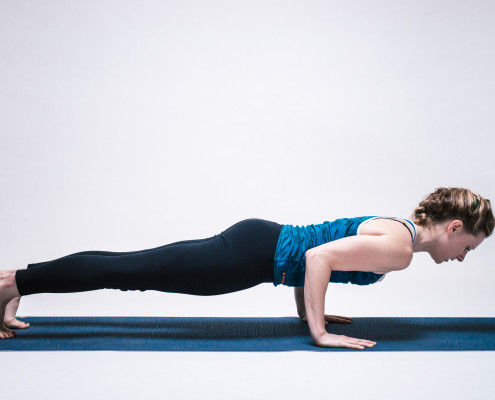 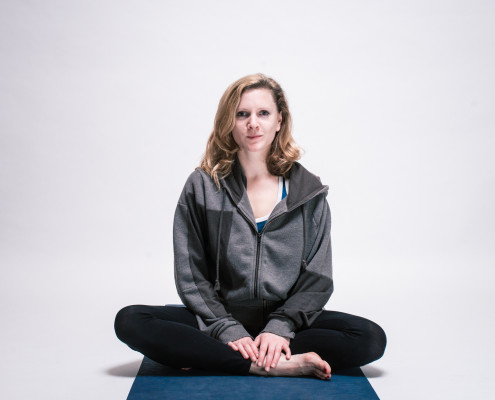 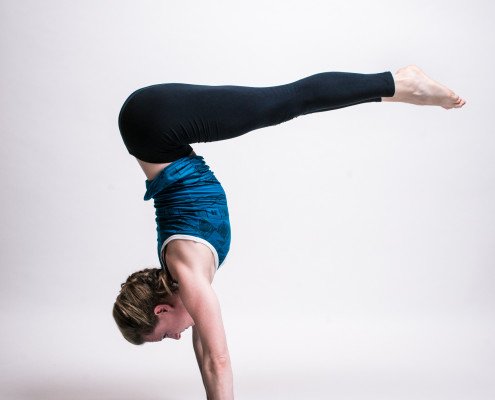 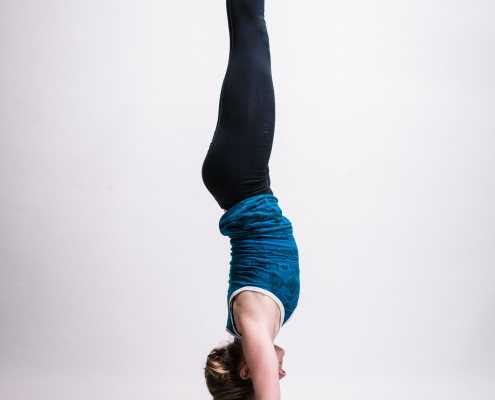 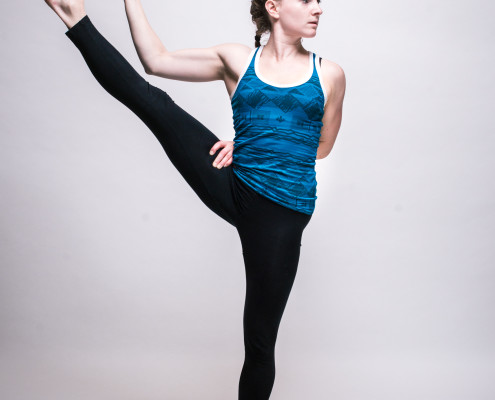 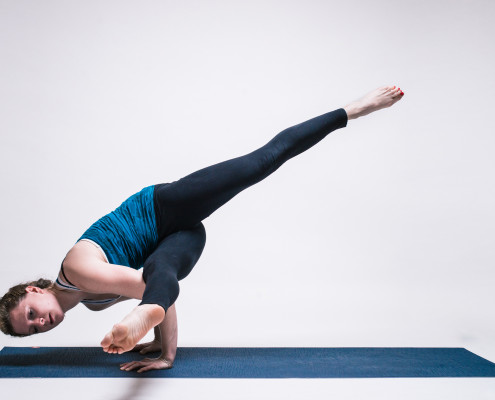 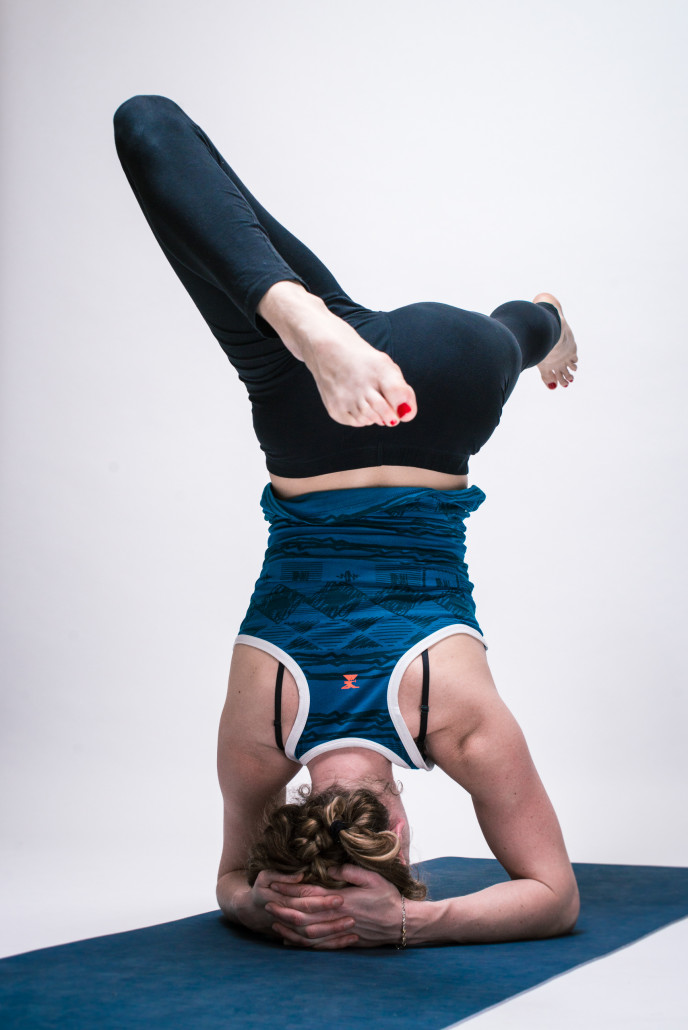 After studying at the Northern School of Contemporary Dance and touring with Phoenix Dance Theatre in the UK, Judith moved back to Belgium (Antwerp) in 2010 where she first took a course in production of performing arts (Sabbattini – DeSingel) to increase and broaden her knowledge as a producer, to continue and share her passion for moving bodies. By performing, collaborating, creating, teaching and coaching she stays inspired to keep growing through movement.

As artist in residence in C-mine cultuurcentrum, she created Dagbreek (2012), Beautiful Self (2013), Same Self Defined, 28 years later (2015) and is now touring Bored To Death (2017) and Lichtzucht (2018) . Alongside this, she loves to work with semi-professionals, youth groups or amateurs and organizes dance courses that focus on choreography and co-creation like Dans Verder and DansLab. In this context she also creates commissioned work (You Are My Surface, Holding Space, Diep Verdwaald, Vol Vertrouwen, Moondays…) in collaboration with Passerelle, Danspunt and C-mine cultuurcentrum. Since 2018 she is artistic coordinator for Passerelle, platform for dance.

And then there is yoga! Yoga became a daily practice when she was a dancer in the UK. When she started to work as a freelance dancer and choreographer in Belgium, yoga became even more important to keep the body and mind balanced through extreme busy or more quiet periods in the field. In 2015 she completed the Antwerp Yoga Vinyasa Teacher Training course in which she deepened her practice and found a true interest in teaching yoga to others. Judith is part of the team at Antwerp Yoga.

This website uses cookies to improve your experience while you navigate through the website. Out of these, the cookies that are categorized as necessary are stored on your browser as they are essential for the working of basic functionalities of the website. We also use third-party cookies that help us analyze and understand how you use this website. These cookies will be stored in your browser only with your consent. You also have the option to opt-out of these cookies. But opting out of some of these cookies may affect your browsing experience.
Noodzakelijk Altijd ingeschakeld

Any cookies that may not be particularly necessary for the website to function and is used specifically to collect user personal data via analytics, ads, other embedded contents are termed as non-necessary cookies. It is mandatory to procure user consent prior to running these cookies on your website.